Today I’m excited to share a challenge in collaboration with Dr. Eric Eager at PFF. PFF analyzes data about professional football (in this case the American version). In this game, there are many players, but the most critical player supports a role called the Quarterback. In this challenge you’ll count the number of consecutive weeks a single player is identified as the “starting” quarterback for a particular team.

An NFL team plays 16 games over 17 weeks. Each team is afforded a week off.

The goal is to count the consecutive weeks a quarterback “starts” for each team.

If a different quarterback starts, the values reset to 1 for that team.

If you look at the tooltips and scan over the ATL bars at their tallest point you’ll notice a player by “Matt Ryan”. ATL eventually drops down to 1and begins re-counting. This is because Matt Ryan missed a game and therefore the count restarted for him.

A small hint: you can choose to use another data set for some elements if needed or preferred.  I was able to accomplish this with Superstore, but it does involve being creative.

This week uses NFL Quarterback starts from Pro Football Focus. You can get it here on Tableau Public.

When you publish your solution on Tableau Public make sure to take the time and include a link to the original inspiration.  Also include the hashtag #WOW2021 in your description to make it searchable! 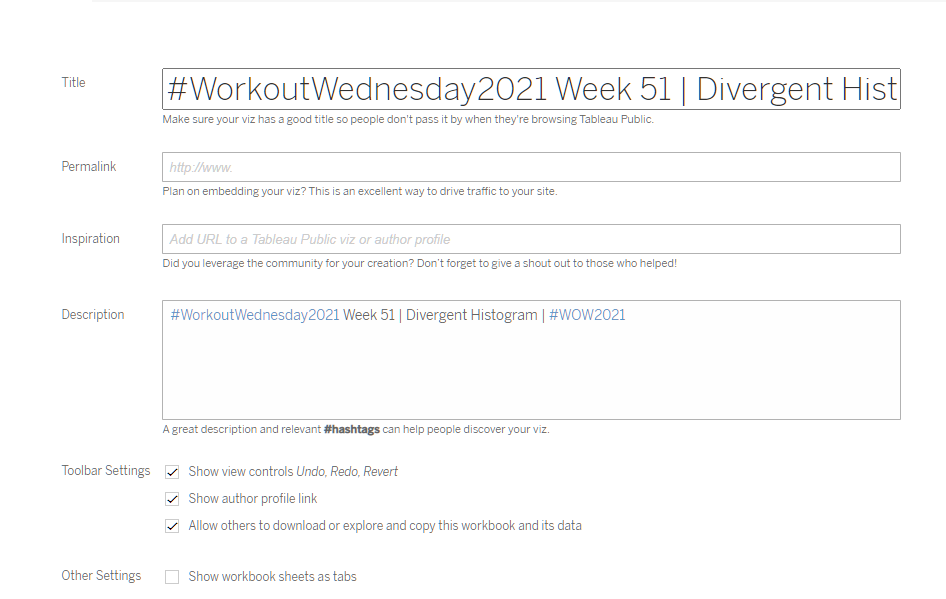 This site uses Akismet to reduce spam. Learn how your comment data is processed.

#WOW2021 week38. In this week, a lot of tricks are needed. They are very interesting and useful. I highly recommend challenging this week.